This Year With Change

In our end-of-year wrap-up, we are sharing some of the highlights and stories of 2021 that our team worked on this year.

What a year. In 2021, we lived with the continued impact of COVID 19, along with the ongoing struggle for racial justice underway in the United States. We are so proud that our clients showed up and showed out throughout the year, shifting exclusionary policies and pushing for systems reform, shining a much-needed spotlight on important stories and data, and mobilizing millions of dollars to support work by Black, indigenous and other people of color.

In our end-of-year wrap-up, we are sharing some of the highlights and stories of 2021 that our team worked on this year. From communications strategy and messaging and branding, to earned media, social media and content, it was our privilege to support clients working on some of the most important issues of our time.

Change will be closed through January 4 as we rest up and prepare for what we know will be an even more action-packed year in 2022, from critical midterm elections to the ongoing work to eradicate the racism embedded in all our systems. From all of us at Change, we wish you a restful, rejuvenating, joyful holiday season and a wonderful new year.

Akonadi Foundation and Tao Rising launched Creatives in Place, a listening project that explores Bay Area artists’ stories of surviving and thriving during a time of great upheaval. Later in the year, the Creatives in Place windows exhibit was unveiled in downtown Oakland as part of a StoryWindows campaign that seeks to showcase the unique stories of the Black-Owned businesses and features the work of local Black artists and Black-led, community-based organizations and cultural assets. More information: CreativesinPlace.org San Francisco Chronicle The Bay Area Reporter  SF Arts 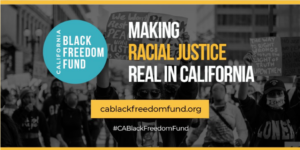 Black Girl Freedom Fund and #1Billion4BlackGirls hosted the inaugural Black Girl Freedom Week, a week-long celebration of Black cis and trans girls, gender expansive youth,  and femmes. The week highlighted what is possible when we invest abundantly in their dreams and work together to co-create a future where they are safe, free, and thriving. Dr. Monique Morris, executive director of Grantmakers for Girls of Color, was joined by activist, actress and producer Rashida Jones on American Voices with Alicia Menendez to celebrate Black Girl Freedom Week.  Visit 1billion4blackgirls.org to watch webinars about supporting Black girls and investing in their leadership. 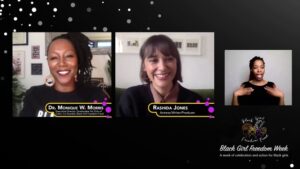 The research arm of the Young Women’s Freedom Center’s launched Through their Eyes, a new report that illuminates the experiences of 51 system-impacted cis and trans young women, trans men and young men, and gender-expansive youth who experienced the juvenile delinquency system, incarceration, and probation in San Francisco. “The reality of the stories at the heart of Through their Eyes is a truth that must be the center of our collective work if we are going to realize freedom and liberation for everyone. There is no one better to tell us about all the themes in this report than the young people themselves, our community experts” – Jessica Nowlan, Executive Director of Young Women’s Freedom Center. More than 300 people joined YWFC for a launch event lifting up the expertise and experiences of the community experts that bravely shared their stories for the report. The event is available to view here. Teen Vogue 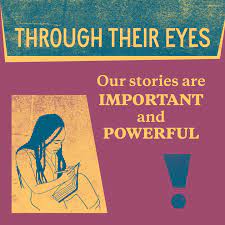 The Alliance for Girls, Betti Ono, Black Girls Brilliance, The Unity Council and BART announced the launch of the Not One More Girl campaign, BART’s first ever sexual harassment prevention campaign driven by the experiences of local girls and gender expansive youth on BART.  Learn more about the campaign at bart.gov/notonemoregirl and follow along on social media using the hashtag #NotOneMoreGirl. City Lab Teen Vogue

Like so many cities and towns in America, Alexandria, Virginia, is rapidly losing affordable housing – 88% over the past two decades. Tenants of Southern Towers, an apartment complex in the area, have partnered with African Communities Together to launch the #Act4SouthernTowers campaign to organize and protest extreme and illegal evictions filed by CIM Group, the building’s owner, which are displacing the majority Black and immigrant residents. NPR Associated Press WDVM Georgia Public Radio NBC Washington WAMU America KCRW Washington Post Subvert 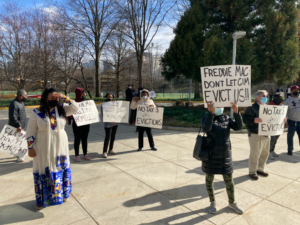 Solidaire Network announced their first round of grantmaking from the Black Liberation Pooled Fund, awarding $14 million to 102 organizations in the movement for Black freedom. Launched in 2020, the Fund aims to support grassroots organizers in Black communities by mobilizing and coordinating the allocation of resources and strengthening the ecosystem of Black-led social change organizations.  Philanthropy News Digest  Inside Philanthropy

Grantmakers for Girls of Color and the Black Girl Freedom Fund announced the first round of grantees. The inaugural round of grants is rooted in the wellness and safety of Black girls and gender-expansive youth on the advisement of the first cohort of BGFF Youth Advisory Committee members who came together this Spring to define what wellness and safety means to them, to share their wisdom to better serve Black girls and gender-expansive youth in philanthropy, and to co-create our vetting process for funding. ​​ “I look forward to more collaborative opportunities to imagine and co-create alongside them. We are eager to support more Black girls and gender-expansive youth in every city, every state, in every way” – Cidra Sebastien, Manager of the Black Girl Freedom Fund. Essence Philanthropy Women

“The country relies on California to ensure that Democrats have a majority in the Senate and in the House, but also they rely on us to send progressives amongst the Democrats to lead the fight.” California Donor Table (CDT) announces plans to invest $10 million on 2022 races to get progressive candidates elected to the Legislature and House, with a focus on candidates of color. CDT Executive Director Ludovic Blain joined the San Francisco Chronicle’s Joe Garofoli to talk about midterm plans on It’s All Political, the Chronicle’s politics podcast, also included in Joe’s column and  Politico’s CA Playbook.

Five Bay Area counties announced the launch of an important campaign, #DeliverBirthJustice, which puts birth justice front and center in the fight for racial justice in the Bay Area. The campaign aims to mobilize all corners of the Bay Area — from health professionals to policy makers to community members — to end racism and achieve birth justice for Black families.The campaign is already making an impact, with Contra Costa County recognizing November 3rd as Black Family Health Day. Learn more about the campaign in this exclusive, front-page feature for the San Francisco Chronicle. Watch the campaign video featuring Singer/Activist Goapele. Follow along online using the hashtag #DeliverBirthJustice. 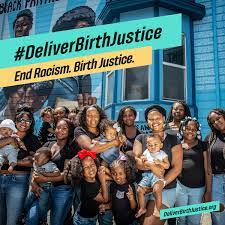 In California, 1 in 4 people experience food insecurity and don’t know if they will have something to eat the next day. CalFresh is a critical lifeline for people struggling to make ends meet, but many immigrants are explicitly and unjustly excluded. The Food4All campaign seeks to end the unjust immigrant exclusion in CalFresh by expanding eligibility in the California Food Assistance Program to all immigrants who can’t participate in CalFresh solely due to their immigration status. #Food4All is the first campaign of its kind to address the longstanding discrimination in our state’s nutrition safety net. Led by Nourish California and California Immigrant Policy Center (CIPC), alongside a strong coalition of community organizations across the state, this campaign seeks to modernize the California Food Assistance Program to provide essential food assistance to any immigrant who is ineligible for federal CalFresh due solely to their immigration status. In February 2021, Senator Melissa Hurtado (D-Sanger) introduced the #Food4All bill, SB 464. At the end of June, funding for #Food4All implementation was included in the 2021-22 State Budget, expanding the California Food Assistance Program to help meet the nutrition needs of immigrants who do not qualify for food assistance due to their immigration status. The bill’s success so far has been promising, but given Food4All’s success in this year’s budget process, Senator Hurtado has decided to make SB 464 a two-year bill that will move forward at the start of the 2022 Legislative session.KQED Univision 21 CalMatters Public News Service. La Opinión San Diego Union-Tribune 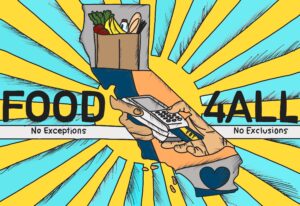 In August, Oakland Unified School District students had a first day of school unlike any other. In addition to returning to school in person after so many months of online learning, they also returned to police-free campuses. This is thanks in large part to the advocacy of the Black Organizing Project who introduced and advocated for the passage of the George Floyd Resolution to Eliminate the Oakland Schools Police Department last year. BOP is currently leading the district, along with their members and community partners, in an implementation process to build a safety plan that is authentic to the spirit of the George Floyd Resolution and centers true student safety in any practical or policy change to keep police off of school campuses and away from Black and Brown students who are disproportionately impacted by their presence. More information: KQED EdSource.

California Donor Table mobilized donors to help defeat the right-wing recall of California Governor Gavin Newsom by engaging with a critical segment of the California electorate: voters of color. Ludovic Blain, Executive Director of the California Donor Table, argues that “California actually does have what it takes for Democrats and progressives to win”: organizations with expertise in direct contact with voters of color such as Million Voters Project Action Fund,  Alliance San Diego, Inland Empire United, Orange County Civic Engagement Table Action, Communities for a New California, and Lift Up Contra Costa Action. Democracy in Color KQED.org.

In September, we also wrapped up a rebrand project with MISSSEY, finalizing a brand framework, messaging platform, and communications strategy, along with a new tagline, logo and brand guidelines. Stay tuned for a new website in early 2022. MISSSEY.org

A new temperature check poll released by the Black to the Future Action Fund indicated that the negative economic impacts of the COVID-19 pandemic still impact Black adults nationwide. A 58% majority of Black adults reported that they were dissatisfied with the economy, a 17 % point increase since July. Key takeaways from the poll conducted by Socioanalítica Research were featured in Politico’s Recast newsletter. The survey was also featured in The Takeaway podcast hosted by Melissa Harris-Perry and on Word in Black. Read the full report and watch this video.

Alameda County’s Board of Supervisors approved the plan provided by Juvenile Justice Coordinating Council (JJCC) Subcommittee to end abusive practices in youth detention centers. The board agreed to end the use of pepper spray, chokeholds, and physical restraints on minors in state facilities under SB823. Nicole Lee, executive director of Urban Peace Movement appeared on ABC7 to discuss the issue; Watch the full news segment here to learn more about youth justice in Alameda County. 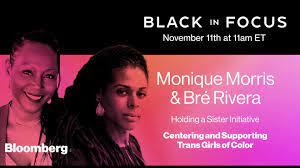 The Black to the Future Action Fund released its third temperature check poll, shedding new light on how Black communities are experiencing the economic impacts of the pandemic.  The national survey revealed nearly half of Black adults (46%) say their personal financial situation is bad, with one-third (33%) saying their personal economic situation has gotten worse since the pandemic. Grist NewsOne