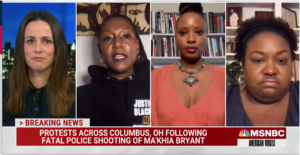 “The bottom line is that Ma’Khia should be with us today. Black girls — and all of our girls — deserve just and liberated futures. Not only does her fatal shooting reveal the limitations of the adult imagination when Black young people are in crisis, but also how the vestiges of slavery, particularly the adultification and dehumanization of young Black girls, continue to shape ideas about how to bring remedy.” Dr. Monique Morris, President and CEO of Grantmakers for Girls of Color, was featured on American Voices with Alicia Menendez along with Treva Lindsey, Professor of Women’s Studies at Ohio State University and Brittney Cooper, Author of “Eloquent Rage: A Black Feminist Discovers Her Superpower,” for a conversation about how race and gender played a role in the way law enforcement interacted with 16-year-old Ma’Khia. American Voices on MSNBC.

Dr. Morris also spoke with Alisha Haridasani Gupta of the New York Times “In Her Words” column about Ma’Khia’s death, and how we can combat the too often deadly consequences of the adultification of Black girls: “Much of the work that is happening now, in response to this shooting, is to reinforce and amplify to Black girls that they are in fact loved; that if they make a mistake and if they engage in a fight, that the first response won’t be to kill them but to intervene and help them learn from that — the same nonviolent interventions that are used for children who are not Black girls.”

Upon hearing the news of yet another instance of state sanctioned murder of a young Black person, Dr. Morris “immediately got on the phone with people in the Columbus community who are working in schools or working with girls in high-risk situations in the community to ask them what they needed, what was happening, how girls were processing the moment.” 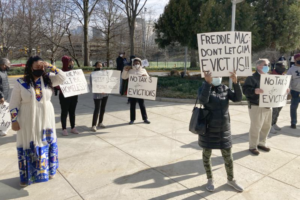 Results from the American Election Eve Poll in November 2020, sponsored by AAPI Civic Engagement Fund among other partners, “found Asian American voters overwhelmingly hold strong progressive stances on a range of issues from national mask mandates to police accountability for abuses, and white supremacy as a national threat.” According to EunSook Lee, Director of AAPI CEF, the data provide important context for recent findings that show immigrant voters shifted “right” in the 2020 election. Blue Tent.

Like so many cities and towns in America, Alexandria, Virginia, is rapidly losing affordable housing – 88% over the past two decades — and the impending arrival of Amazon HQ2 nearby is likely to add to the pressure. Tenants of Southern Towers, an apartment complex in the area, have partnered with African Communities Together to organize and protest extreme and illegal evictions filed by CIM Group, the building’s owner, that threaten to displace the majority Black and immigrant residents. NPR. Associated Press. WDVM. Georgia Public Radio. NBC Washington. WAMU America. KCRW. Washington Post. 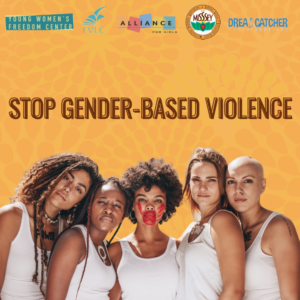 This week, MISSEY, Young Women’s Freedom Center, Family Violence Law Center, DreamCatchers, Alliance for Girls and other community leaders joined together to call on the City of Oakland to prioritize investments in the health, safety, and support that survivors need to break the cycles of violence, and #PrioritizeSurvivors of gender-based violence. You can join the call: