“‘It’s a show of strength and solidarity,’ that will ensure that foundations are held accountable for their giving choices into the future.” Chronicle of Philanthropy recently wrote about the California Black Freedom Fund, a partnership between two dozen California funders whose goal is to raise $100 million over the next five years to ensure Black-led power building organizations have the resources they need to win. More at ABC, Philanthropy News Digest, Inside Philanthropy, NBC Bay Area, Sacramento Observer. 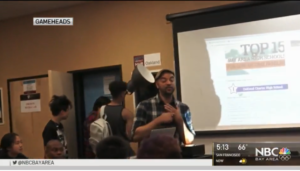 “The strength of young folks in the East Bay — if you’re from the Bay Area — you know it’s the arts.” Gameheads Executive Director Damon Packwood on the new, first-of-its-kind Black Video Game Scholars Program, aimed at increasing the number of Black developers in the interactive media and video game industries, was recently featured on NBC Bay Area. 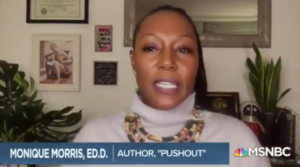 Dr. Monique Morris, Executive Director of Grantmakers for Girls of Color, joined Alicia Menendez on MSNBC with a call to “fight alongside of Black girls in support of their dignity, their power, their wellbeing. It’s something we need to do by resourcing a systemic transformation that is needed in order to ensure that all Black girls are protected.” 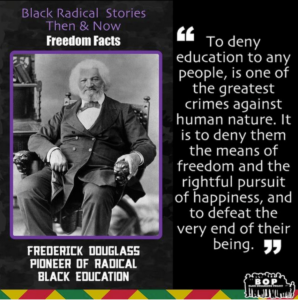 This Black History Month, Black Organizing Project (BOP) is honoring the history of Black radical organizing in public education, and the people and “the ancestors who inspired BOP and the BOSS Campaign”, by tying events in Radical Black History to the movement for police free schools that they lead today. You can check out the series on social media @blackorganizingproject. 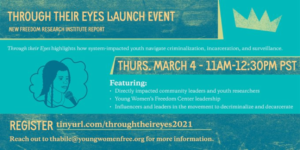 Young Women’s Freedom Center will host a launch event March 4 for their newest report, Through their Eyes, which lifts up the experiences of systems-impacted young people who experienced incarceration at San Francisco’s juvenile hall. YWFC staff, youth researchers, and leaders in the movement to end incarceration and criminalization for women, girls, transgender and gendernonconforming folks will come together to reflect on the expertise these young people developed in navigating criminalization, incarceration, and surveillance in San Francisco. Register today at tinyurl.com/throughtheireyes2021