More than a week after the defeat of the Gubernatorial recall, California Governor Gavin Newsom has signed various bills ahead of the 2022 midterm elections that range from protecting reproductive rights to addressing community violence reduction efforts. The recall was a good reminder that, despite being a Blue state, the state of California needs to foster year-long community engagement and support groups that are trusted messengers in their respective communities. The victory also indicates that people of color-led organizing is the key to building a multi-racial democracy to advance a progressive agenda. 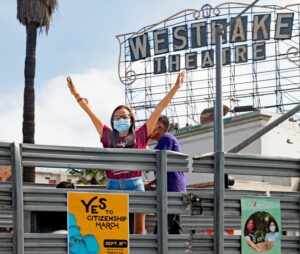 Although the recall is over, the work continues in communities of color to safeguard policies that protect immigrant rights, affordable housing, climate change, and criminal justice. Christina Livingston of Alliance for Californians for Community Empowerment Action and Luis Sanchez of Power California Action, part of the Million Voters Project Action Fund, wrote this commentary in CalMatters discussing key takeaways from the recall election. “The defeat of the recall showed that California could follow the playbook for multi-racial democracy carved out by organizers in another Southern state, Georgia. With that same playbook, we defeated a right-wing attack meant to roll back the progress we are making in California.”

Young organizers across the state of California campaigned against the recall of Gov. Gavin Newsom. Lizeth Calderon, 23, of Merced, CA, and youth organizers from PowerCA Action canvassed for Gov. Newsom, highlighting the need to vote against the recall to support environmental justice as well as racial justice, access to housing, and education equity. In her Teen Vogue article, Calderon points to how youth organizers of PowerCA Action  joined the Million Voters Project Action Fund to speak to 230,000 voters directly and 700,000 voters through email. 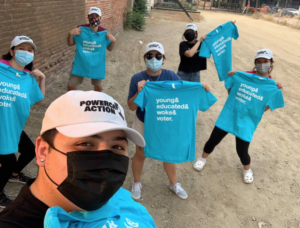 In a Q&A with Philanthropy News Digest, Romilda Avila, CEO of Tides Advocacy, shared her thoughts on the importance of supporting 501(c)(4) nonprofit organizations. As a way to build progressive power, Tides Advocacy created the Healthy Democracy Action Fund, an initiative that awarded $6 million to more than 50 organizations, of which $2.1 million went to Black-led community groups. Tides Advocacy most recently created the Political Movement Infrastructure Project focused on “mobilizing for elections, shaping the public agenda, and demanding policy change.” 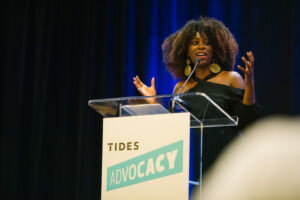 The first day of school this year was a little different for public school students in Oakland — and not just because they’ve spent the last year in hybrid learning. Jasmine Williams, communications director for Black Organizing Project, shares lessons from the fight to win and now implement the George Floyd Resolution in Oakland in EdSource. 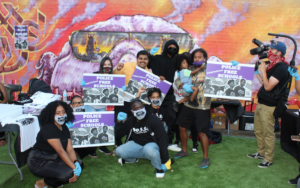 A big congratulations to Malaika Parker for her appointment as BOP’s new executive director, following founding director Jackie Byers. Parker is a community advocate with 25 years of experience working in racial and social justice. She holds a master’s degree in social justice and equity in education from San Francisco State University. In her new role, Parker will lead initiatives committed to police accountability, racial equity in education and the child welfare system as well as environmental justice. 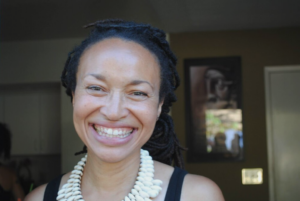