“When it comes to developing messaging for our clients, it’s not enough to just do no harm; we aim to create messages that actively advance racial justice.” 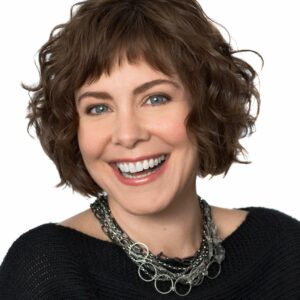 As a communications strategist, words are the tools of my trade. I’ve always loved words because they make ideas tangible and create bridges of understanding between people and the world. But words can also be used as walls to limit our understanding of the world and, even worse, as weapons towards people that those in power seek to oppress.

Because most of us have been immersed in words our entire lives, we may not even realize that certain words or the way we phrase things can be harmful, ignorant, or just blatantly false. 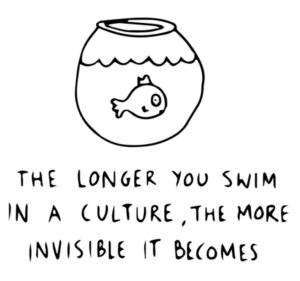 Language, as an element of culture, both reflects and influences the way we think, which means interrogating the language we use can help us think differently and wake us up to the invisible forces we’ve been swimming in our entire lives.

We may believe in our hearts that Black lives matter, and feel committed to addressing systemic racism, but if our messaging perpetuates harmful tropes and stereotypes, it will reinforce misconceptions about Black people, Indigenous people, and people of color, and set back the social change we claim to seek.

Core to our work at Change Consulting is interrupting harmful, oppressive narratives and language and telling true, powerful stories that center Black, Indigenous, people of color and other people whose identities and lived experience put them at the forefront of our collective fight for the liberation of all peoples. When it comes to developing messaging for our clients, it’s not enough to just do no harm; we aim to create messages that actively advance racial justice.

Thankfully, there is a growing body of research and really smart linguists, organizers and practitioners who are expanding our thinking about the role messaging plays in advancing racial, immigrant, gender, disability, sexuality and economic justice. Some of our go-to’s include the incredible work of Rashad Robinson at Color of Change, Opportunity Agenda, Frameworks Institute, and the Race-Class Narrative project.

Based on their work, and our own collective learning and experience, we’ve developed a set of principles we follow when developing messaging and content that advances racial justice. Here are a few of the most important:

This is just a partial list, but it’s a good place to start if you’re in the beginning stages of developing antiracist messaging with intention. While checklists and cheat sheets are great, countering racist framing is an ongoing practice that requires regular study and support from other folks committed to racial justice.

Messaging and language overall, is just one entry point into advancing racial justice. To make progress, all of us need to engage on multiple levels, including personal study, processing with other people that share our racial identity and across difference, and taking concrete action to speak out against and change ways we are complicit in upholding racism.