Here’s a preview of what our clients have been up to recently: 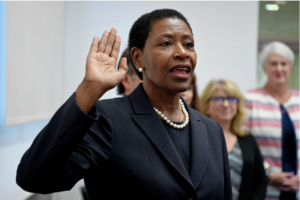 “I made sure people understood the need to reimagine the criminal justice system to work for everyone and not just a few while maintaining public safety.” District Attorney Becton on how her campaign’s messaging led to her re-election in Contra Costa County. Los Angeles Times. SFGate.

“Chesa’s results have no bearing not only on the country or the state, since it’s just 1/40th of the state, but not even for the Bay, because most voters in the Bay voted for reformers.” California Donor Table Executive Director Ludovic Blain spoke with the Los Angeles Times about California’s primaries. While San Francisco District Attorney Chesa Boudin’s recall made headlines, voters across the Bay Area backed truly progressive candidates like Contra Costa District Attorney Diana Becton who was re-elected in the June Primary. Los Angeles Times. 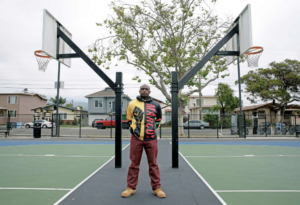 The No Place for Hate agenda comprises policy solutions aiming to reframe a dangerously wide pattern of street harassment against Asian American and Pacific Islanders as a public health issue. Launched by the Stop AAPI Hate Coalition, No Place for Hate is informed by data gathered using the Coalition’s online reporting platform. AsAmNews. San Francisco Examiner.

“Black women are the primary breadwinners of our households, holding our families together with less and less. Our economic well-being, including whether we can get an education, work, and earn money to support ourselves and our families, is directly tied to our ability to make decisions about our bodies.” Alicia Garza, Founder and Principal of the Black Futures Lab and the Black to the Future Action Fund reacted to the Supreme Court’s decision to overturn Roe V. Wade. “This decision will disproportionately impact Black families and devastate our economic futures.” The Root. The Seattle Medium. The Hill. Capital B.

As more big foundations and donors get closer to grantees working on the ground, so-called “intermediary funders” have stepped up as important vehicles for moving resources to the front lines of the movement for racial and gender justice. In the wake of SCOTUS’s decision on Roe, Inside Philanthropy highlighted Groundswell Fund as a leader in the reproductive justice movement that has been working in the space for decades. In 2020, they launched their Blueprint plan which aims to move $100 million to reproductive rights and electoral organizations run by women and trans people of color.