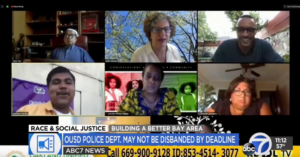 In a six to one vote on Wednesday evening, the Oakland Unified School District Board of Directors took a historic next step in the movement to remove police from Oakland schools when they voted in favor a safety plan that officially abolishes Oakland School Police as part of the George Floyd Resolution. The reasonable compliance safety plan was developed in partnership with The Black Organizing Project who rallied their members and their community in support of the plan in a digital week of action. Congratulations to BOP, we are so grateful for your leadership! ABC7. SF Gate. CBS. Oakland Post. Oaklandside. Imprint.

“Funding for the education, and development, of Black young people is critical, but it’s not enough for them to get high paying tech jobs. They need mentorship, industry exposure and opportunities for employment.” Gameheads co-founder and executive director on the announcement this week that Humble’s Black Game Developer Fund and 2K Foundations have provided startup funding to two teams of up-and-coming Black developers in the Gameheads program to support them in producing two commercial titles. More information on social media and online at humblegames.com. 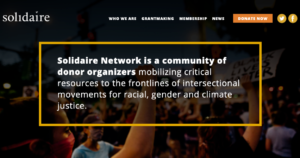 Solidaire Network, a community of donor organizers who mobilize quickly to get critical resources and unprecedented amounts of solidarity to the frontlines of social justice movements, launched a new website to showcase their critical work. solidairenetwork.org

“We must recruit and fund more women, people of color and immigrants to run for office early; and we need candidates who are resolutely committed to a community-driven agenda that addresses our issues at the systemic level.” Irene Kao, executive director of Courage California and Ludovic Blain, executive director of California Donor Table, on how we can transform California into the progressive bastion so many think it is already. San Francisco Chronicle. 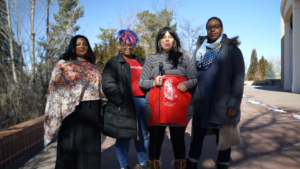 “We are here. We know violence, discrimination and contamination. For countless generations, we have taken action when others would not.” A powerful new video from Groundswell Fund features women of color and TGNC organizers and leaders from Tewa Women United, TransLatin@ Coalition, and Women with a Vision with a call to philanthropy – see us, lift us, fund us.