At Change, the fall is a busy season for us — in large part due to the incredible work our clients and their partners in the field are doing leading up to the election.

They are endorsing candidates that champion progressive values and racial justice, and holding elected officials accountable for the promises they have made. They are lending their expertise to help our communities understand the propositions, and providing the context we need to understand the impact of our vote. And, so crucially, they are providing culturally competent resources on how to vote: registration deadlines, how to register, where you can vote in-person, how to read your ballot, and so much more.

We have compiled some resources that we at Change Consulting are using to help us make sense of all the things in this critical midterm election from our partners and our community:

We hope these resources will help you vote with your values on November 8. Follow us on social media  for more information and resources leading up to the midterms.

Dr. Monique Couvson, CEO of Grantmakers for Girls of Color, recently spoke with Philanthropy News Digest about the goals of the Future Economy Lab initiative, a partnership with SecondMuse Capital that will actively engage Black girls and other girls, femmes, and gender-expansive youth of color in the co-construction of strategies to achieve economic equity. The project seeks to right the historical wrong of excluding young people from opportunities for shaping their own economic advancement: “This project is about shifting the narrative so that Black and other girls, femmes, and gender-expansive youth of color are seen as critical stakeholders in conversations about finance, investment, and economic power.” 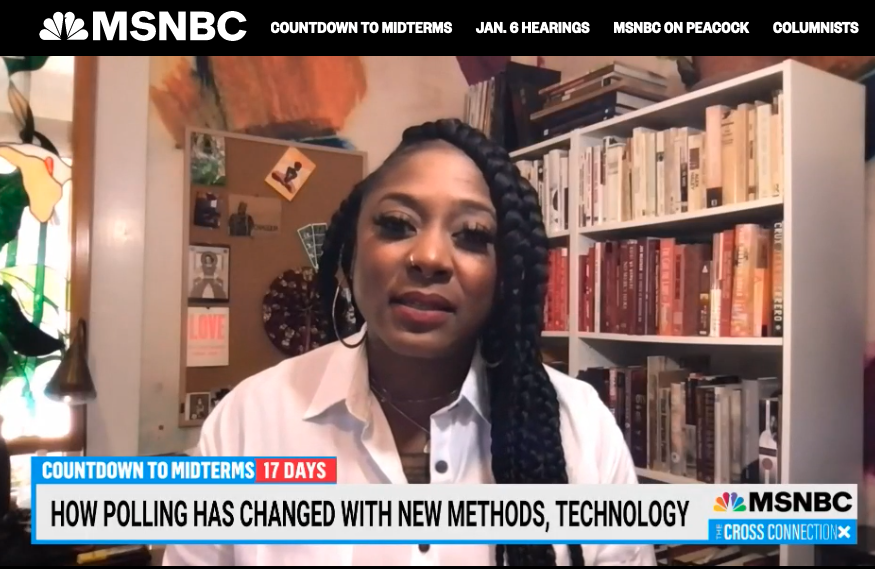 Alicia Garza, founder of Black to the Future Action Fund, joined Tiffany Cross on MSNBC to talk about the accuracy and the science behind polling and how the Black Census Project differs from traditional surveys. We “can absolutely use polling to understand the priorities of Black voters,” according to Alicia. More at MSNBC.com.

Alicia talks about why she started Black Futures Lab and Black to the Future Action Fund, and how strategies like the Black Census Project and investing in key states like California, Georgia and North Carolina, will make Black communities powerful in politics so that we can be powerful in the rest of our lives, for Nonprofit Quarterly. “Black people need more than a seat at the table to activate our power—we need to set the menu. When Black voters aren’t engaged, the consequences are severe: we are left out of shaping policies that impact us directly and, often, disproportionately.”

The Zellerbach Family Foundation announced this year’s recipient of the William J. Zellerbach Award for Social Change. Asian Prisoner Support Committee (APSC) provides direct support to Asian, Asian-American and Pacific Islander (AAPI) prisoners and raises awareness about the growing number of AAPI individuals being imprisoned, detained, and deported. Founded in 2002 out of the campaign to support the “San Quentin Three” who were sent to solitary confinement or transferred to other prisons in retaliation for advocating for access to Ethnic Studies education at San Quentin, the work of ASPC centers and is staffed by the community it serves. To learn more about APSC and the WJZ Award, visit Zff.org. 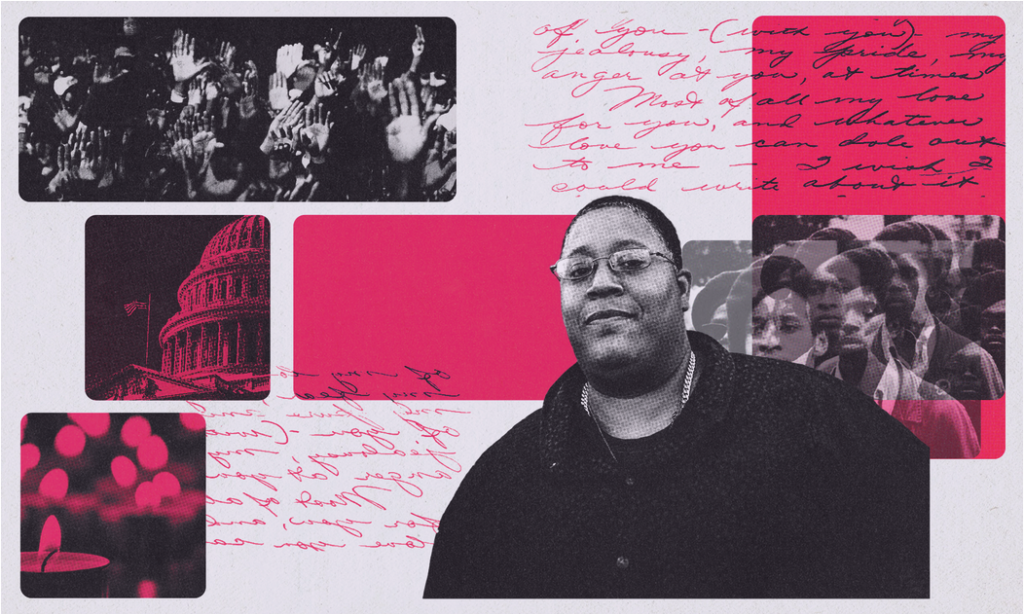 Tips, tricks and thoughts from our Strategy Team whose work lays the foundation for successful communications.

We learned so much that informs our work and movements: fighting fatalism with narratives grounded in joy, new narratives for housing justice that reimagine land and home, engaging influencers for social change, dismantling rape culture with survivor centered narratives, successes and challenges of radical rhetoric to defund the police, and so much more! Here are some highlights from our team:

From Kay Cuajunco, Communications Director who helps to drive our training program in addition to strategy:

“Opening a session on successes and challenges of Defund the Police, Shanelle Matthews, RadComms Founder and Communications Director at the Movement for Black Lives, shared a framework for building narrative power:

From Mariah Cochran, Sr. Communications Manager who focuses on writing:

“A big takeaway for me was also from a session with Shanelle where she broke down the difference between communications as it works to serve nonprofit marketing, and communications to serve larger movement building and narrative power. It helped me think about the importance of considering the larger ecosystem our work exists in, and how context helps give words meaning.”

From Communications Director Nesima Aberra, who helps lead our content and digital work:

“I got a lot out of a Communications Language Lab led by Raheem on why creating new language is really urgent and important to movement wins. They led a conversation on words to retire, and what kind of phrases we can use that can’t be co-opted by our opposition. An example that stuck with me is that one ‘Dreamer’ actually wanted to retire ‘Dreamers’ all together, since they felt it created a good and bad immigrant narrative.”