“Now is a time for far-reaching action to transform society so that Black lives are valued and protected.” Nwamaka Agbo, CEO of the Kataly Foundation and Rajasvini Bhansali, executive director of Solidaire Network, share five priorities for funding that ensures that Black led-nonprofits have what they need to win now and for the long haul. Inside Philanthropy.

Solidaire also recently started its own security fund last month with $1 million, using money from a $20 million contribution that the David and Lucile Packard Foundation had made to the new Black Liberation Pooled Fund, to respond to anxiety from grantees about their physical safety and cyber threats. Chronicle of Philanthropy. 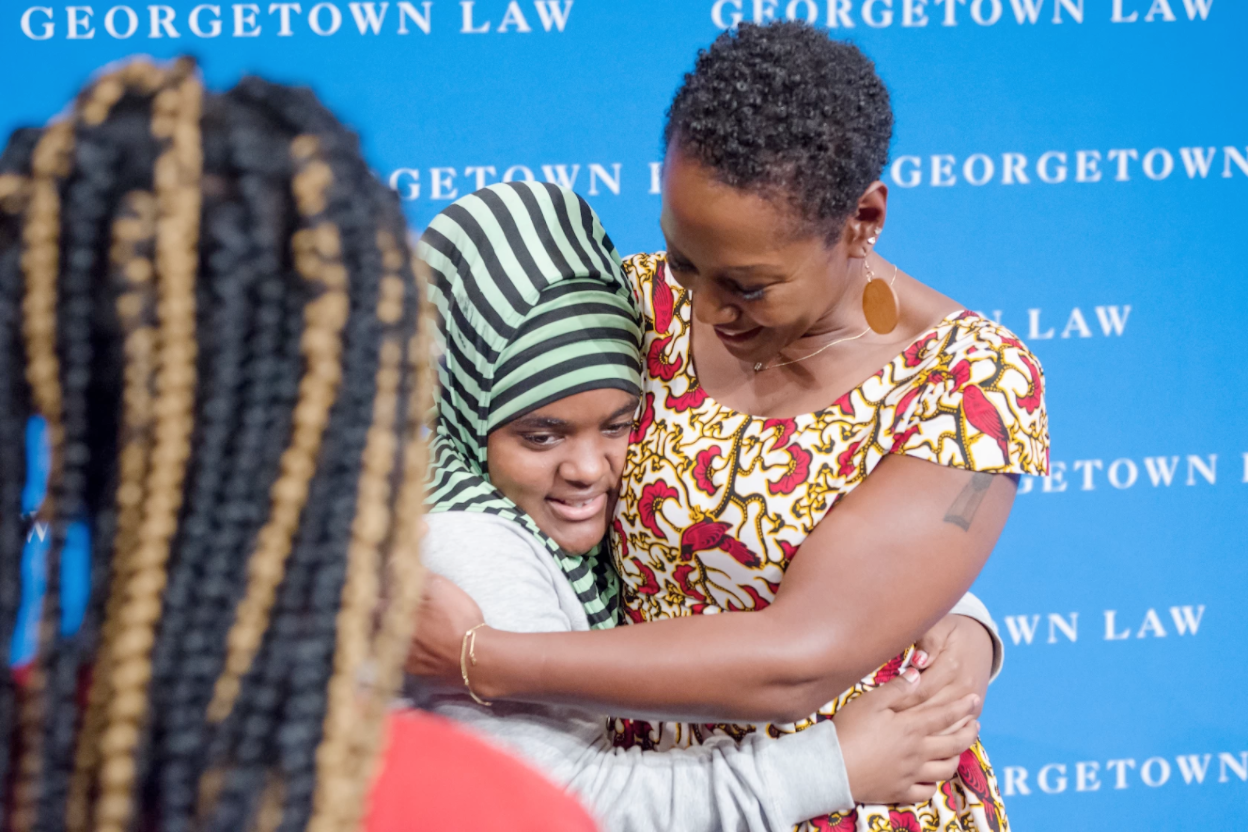 Since the launch of the Black Girls Freedom Fund earlier this month, the Black women leaders that came together to raise $1 billion over the next decade for Black girlshave raised over $13 million. More on this and other efforts to right the historical wrong of philanthropy’s lack of funding for women and girls: Chronicle of Philanthropy.

AAPI Civic Engagement Fund executive director EunSook Lee recently joined host Mina Kim on Forum to discuss the challenges to, and successes of, get out of the vote efforts aimed at mobilizing Asian American voters for the elections. KQED Forum. 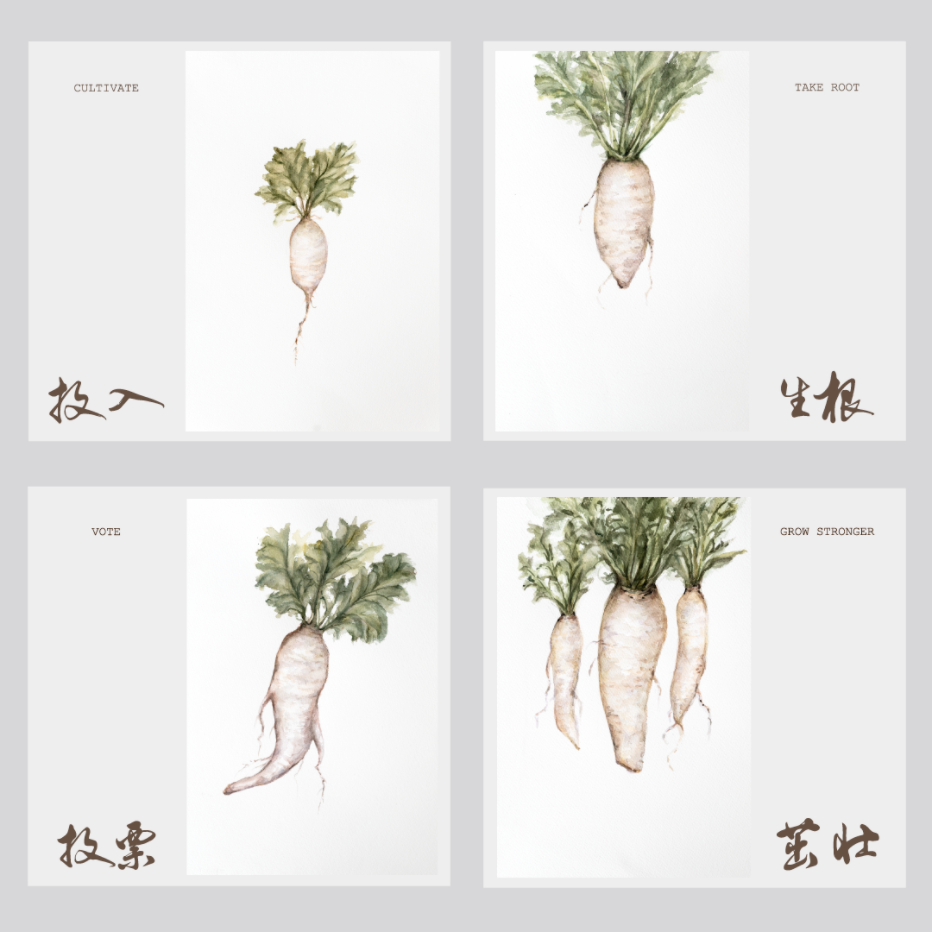 “In the months leading up to the 2020 general election, we have an opportunity to reframe who we think of as an American leader for today and beyond. AAPI women, and their Latina, Black and indigenous counterparts, are America’s long unacknowledged leaders.” Sayu Bhojwani, democracy activist and author, on why we need more AAPI women in elected office. Ms. Magazine.

“We are a courageous generation fighting for our lives and our future…We deserve to be free and live with dignity and without discrimination. We deserve to have our most basic human needs met and to live full, prosperous lives.” Youth organizers from across California and part of the Power California network penned this powerful oped calling on all of us to stand with them in the fight for our future. Capitol Weekly.

Young people  in the Power California network and across California are also trying to capitalize on this year’s demonstrations for racial justice to pass Proposition 15, which would generate $12 billion with 40% dedicated to public schools and colleges. KCBS. 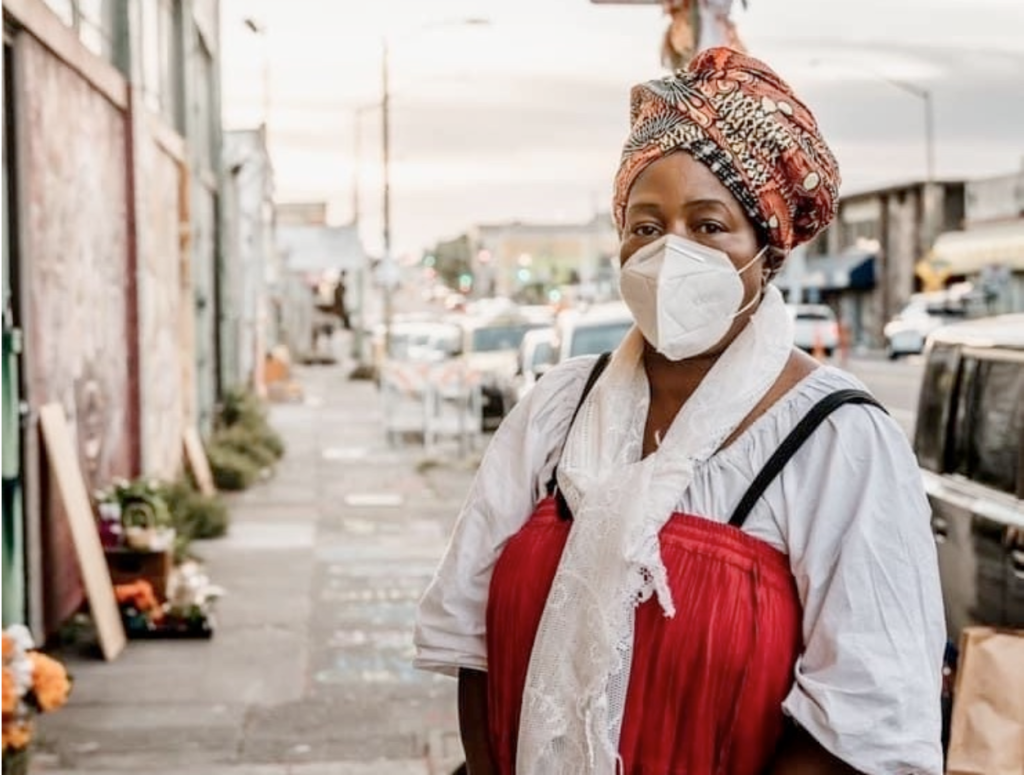 Regina Evans posing for a photo on International Blvd. in Oakland. (Matthew Evearitt)

“The beloved artists and cultural practitioners represented through these projects are among the strongest weapons we have in the fight for a racially just city.” Lateefah Simon, president of Akonadi Foundation, on the 12 individual and collaborative cultural practitioners in Oakland awarded the first grants of “Belonging in Oakland: A Just City Cultural Fund.” KQED. Philanthropy News Digest.

With nearly 4 million ballots already cast in California, progressive community based-organizations are turning their attention to “motivating lower propensity voters in the final days of this election.” More from Ludovic Blain, executive director of California Donor Table which is supporting these efforts, at KQED. California Report.

Urban Peace Movement this week released a new poll on voter attitudes towards youth justice in Alameda County. According to the poll, two-thirds of Alameda County voters back replacing youth incarceration and investing in health and community-based approaches such as education and job training to help young people succeed. Read at their website: UrbanPeaceMovement.org.

Last week, the East Bay Asian Local Development Corporation launched a storytelling campaign to honor the organization’s 45th anniversary year. 45 Stories for 45 Years will collect experiences and anecdotes from EBALDC current and former staff, residents and commercial tenants, community partners and more to honor their past and help shape a vision for the future.

Do you have experiences with EBALDC? You can submit your own story to be included in the collection, visit bit.ly/EBALDC45Stories or reach out to communications@ebaldc.org.