Help the Asian American Women’s Political Initiative win up to $100,000 by voting for them in the Gold Futures Challenge. The challenge was launched this year to create an online model for philanthropy that will award funding ranging between $25,000 and $100,000 to ten AAPI organizations. Our client AAWPI is among the finalists with projects that empower and unite the AAPI community.

A new temperature check poll released by the Black to the Future Action Fund indicated that the negative economic impacts of the COVID-19 pandemic still impact Black adults nationwide. A 58% majority of Black adults reported that they were dissatisfied with the economy, a 17 % point increase since July. Principal of the Black to the Future Action Fund, Alicia Garza, shared details on the necessary policy solutions to meet the needs of Black adults. To learn more about the poll conducted by researcher Dr. Juhem Navarro-Rivera watch this video or visit their website.

The East Bay Community Foundation, Akonadi Foundation and the City of Oakland’s Cultural Affairs Division launched the second round of racial justice cultural grants in partnership with the Akonadi Foundation. The coalition awarded two-year grants worth $780,000 to eight projects led by Oakland-based artists. This initiative was launched last year as part of the coalition’s Belonging In Oakland: A Just City Cultural Fund, which aims to support people of color who create art through a racial justice lens. To learn more about this initiative visit the EBCF website.

For the People launched a cash payment pilot program to help formerly incarcerated people avoid recidivism across the state of California. A total of 50 participants are set to receive checks worth $2,750 in increment payments to successfully reenter society. The program was launched as part of a new California resentencing law that allows prosecutors to release people who received a partially excessive sentence. Hillary Blout, the author of the resentencing law and executive director of For the People, shared that the program aims to support formerly incarcerated people get a fresh start. The program focuses on “setting people up for success” and “being able to get their basic needs met,” said Blout. Read the article to learn more about the program. 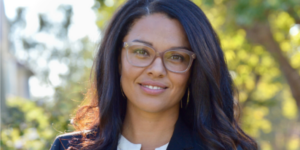 Carla Fredericks, the executive director of the Christensen Fund spoke to Vice about President Joe Biden’s decision to revoke permits for the Keystone XL pipeline on Indigenous land in Montana. The Fund awards grants to advocacy groups led by Indigenous peoples similar to the activists and tribe members featured in the piece. Putting an end to the pipeline was a huge relief to members of the Fort Peck Assiniboine and Sioux Tribes in Montana. Their efforts helped protect Indigenous women and girls who have experienced stranger violence, domestic abuse as well as sexual and aggravated assault as a result of the male-dominated oil industry since the 1980s. Read more about the impact advocacy work of Indigenous women in the piece by Vice. 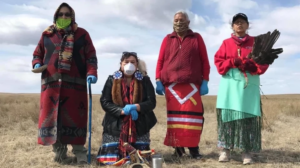 From left to right: Verma Taylor, Angeline Cheek, Alberta Eagleman, and Cheyenne Foote. Cheek and elders—the backbone of Fort Peck—pose during a prayer ceremony and protest against keystone xl at the U.S.-Canada border. (photo courtesy of Kokipasni Youth Group). 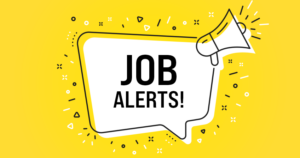